Unfortunately this family is relatively small in their numbers and according the late Dr. J.B Danquah, it is due to the fact that the Asakiyiri family comprise of people who were originally from other families until the main family members decided to move on to a new settlement, those who will decide to stay behind sometimes were cast out of the family and they later became Asakyiri members.  This, he said, might be the reason for the name and also the reason why they are so small in number. Some historians also say the name might mean that initially the Asakyiri people were in their numbers and very prosperous but for some unkown reasons became very few and less successful and thus were given the name to mean that they are now behind the other families.

Historians like Rattray and Sarba don't even mention the Asakyiri as part of the Akan family. They also settled at Adanse and founded the State of Akorokyere. They lived here until the beginning of the 17th century when some of them migrated to place like Asakyiri (Amansie) Aberankese-Nyame Ani, Nzema and Wassa.

Their patriarch is Nana Yankyimadu of Akorokyere and their totem is the Hawk. Their symbolic qualities are calmness and patience.

If an Asakyiri greets you the response is "Yaa Amoakaade Nana".

Here are some of the few Akan stool that are occupied by the members of Asakyiri today: 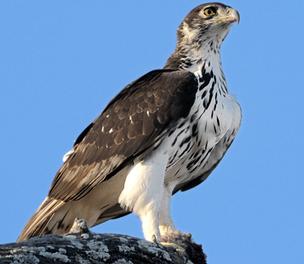