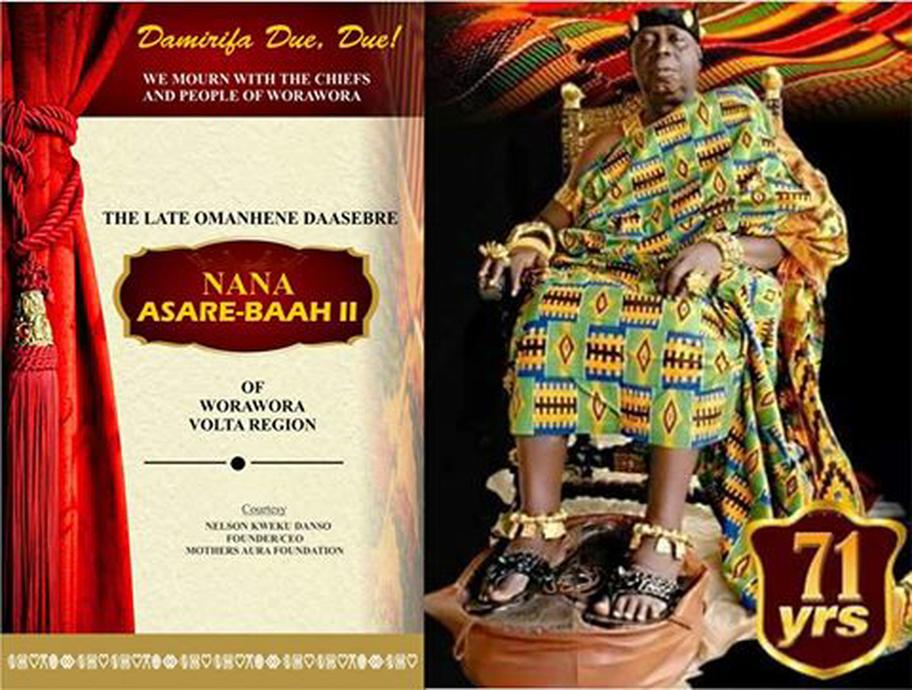 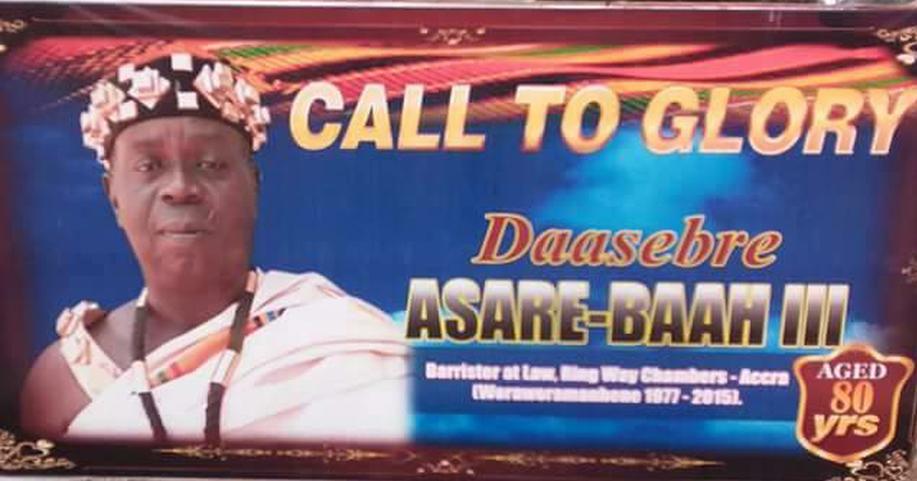 The people of Worawora, as Asantes, owe allegiance to the Golden Stool and its occupant. It is therefore their customary duty to swear the oath of allegiance to the occupant of the stool. Daasebre Asare Baah III, Omanhene of the Worawora Traditional Area, said this at a news conference in Accra on Tuesday.  He said the mere geographical position of the Worawora people did not, in anyway, change their being Asantes.  Daasebre was reacting to a ‘Times’ front page story of January 9, under the title, “Worawora can’t be under Asante”, VR Chiefs react to Otumfuo’s visit.  He emphasized that he had not breached any custom or tradition by swearing the oath of allegiance to “His Majesty, Otumfuo the Asantehene.”

To show the seriousness they attach to the issue, Daasebre and his sub­chiefs and other citizens who attended the function all wore Kuntunkuni (mourning cloths).  In his explanation for the wearing of the black cloth, Nana Owusu Afari, the Nkosuohene said, “We are at war with anybody who wants to trample on our rights.”  Daasebre Baah explained that historically, the Worawora people migrated from Kuntanase in the Asante Kingdom during the reign of Otumfuo Opoku Ware I in 1732 to settle at their present site around 1774. “From that date until now, we have practised the custom and traditions of Asantes and speak only Asante Twi,” he said.  The Woraworahene noted that the land they now occupy was acquired through war, driving away the chokosi tribe they met when they arrived. He noted that for the 300 years that they have lived at their present site, “we have never been conquered or become subjects to any state in the region.”  To show that they were really Asantes, Daasebre said that they sent men to help in the Yaa Asantewa War of 1900.  Daasebre refuted the claim by Togbe Gabusu that the Otumfuo was trying to entrench himself in the region.  “We take a very strong exception to that statement and call on Togbe to render an unqualified apology to Otumfuo immediately, and an apology to us will also be in the right direction,” he noted.  On the claim by Nana Aburam Akpanja, Buemhene, that the Worawora people were his subjects, the Woraworahene said “the Buemhene does not own a square metre of land in Worawora Traditional Area or for that matter any of Akan areas.  He said that it was unfortunate for the Buemhene to claim hegemony over the Akan states of the Volta Region (VR), calling them settlers.  “History has it that the Buem people migrated from Kolongbadze in present Togo to settle where they are. Daasebre advised his fellow Paramount chiefs of the region to resist political manoeuvres by politicians to divide them.  It is recalled that Mr Kosi Kedem MP for Hohoe South asked the standing committee of the VR House of Chiefs what the visit of Otumfuo to Worawora on September 29 last year during the Akwantutenten festival of the Worawora people signified.

​This was during a meeting between the VR caucus in Parliament and the Standing Committee to strategize on development plans. In answer, the chiefs said they opposed the swearing of allegiance to the Asantehene by the Woraworahene.

Togbe Gabusu, the President of the House, noted that there was no paramount chief in the region who owed any allegiance to any other chief within or outside the region.

Nana Akpandja, the story said, felt a strong resentment to the visit of the Otumfuo to the Buem traditional area saying it was a violation of the norms of the chieftaincy institution. He further said that Worawora lands did not belong to the Akan settlers and for them to pay allegiance to the Asantehene was an act of disrespect to the ancestors and chiefs of the Buem Traditional Area.