Drawing upon the Akan tradition of a stool indicating clan leadership, the Golden Stool became the symbol of the united Asante people and legitimized the rule of its possessor. To defend the stool in 1900, the Ashanti battled the British in the so-called Yaa Asantewa War. The Ashanti chose to let the British exile the Ashanti's last sovereign king, Prempeh I, rather than surrender the stool. Today the Golden Stool is housed in the Asante royal palace in Kumasi, Ghana. 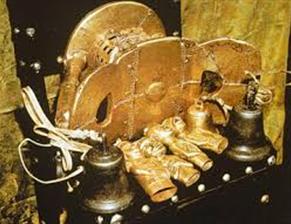