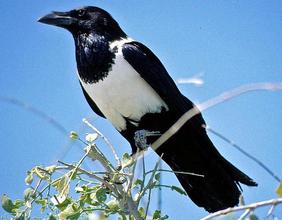 Oral tradition has it that they were led out of a cave by a snake and protected by the elephant to their various destinations like Buabinso in Akyem and Edweso in Asante.According to oral tradition every Asonaba originated from Adanse Akurofuom.

The first known Asona woman was Asonaba Nana Ano Boadie who gave birth to Nana Ofori Panin, Nana Nyaako Braae and Nana Aberewa Dokuaa. It is interesting to know that all other members of the Asona Family trace their origin from this root, irrespective of what tribe they belong to today. A tribe is something that later came into existence and created a serious problem for the families because it divided them and eventually made them strangers to each other.

The akyenaboa or totem symbol of the the Asona Clan is the crow(Kwaakwadebi) and their patriarch is Nana Kunkuntunkununku l of Akyem Abuakwa.

It is also a taboo for an Asona to come across the red snake popularly known as Asonawo, this might mean the death of a family member.

It will be recalled that Nana Kuntunkununku was not the first Asona Chief because he also originated from the Akurofuom family of Nana Atta Apeanim Kwaforamoa who is said to have been the originator and founder of the Akyem Abuakwa Tribe.The first known Asona chief was Nana Amponsa Ahenasa.

Among the Asantes the Offinsohene is considered the head of the Asona family.

The symbolic quality of the Asona Clan is statesmanship and patriotism and this is even portrayed by Asona women of today.

The Asona Clan is among the few families where the women were given the privilege to rule as Kings or Chiefs.  Three examples could be given here. Nana Abena Boaa who ruled Offinso (1610-1640),Nana Afia Dokuaa who ruled Akyem Abuakwa (1817-1835),  and Nana Yaa Asantewaa who ruled Edweso (1896-1900).

One of the accolades of the Asona family is that they look so beautiful and pretty. The saying goes this way: "Asonafuo a  ahoofe adware won, won atiko tese obi anim."  Literal meaning is -  the people of  the Asona family are so pretty that the back side of the head is as beautiful as someone's face.

If you are greeted by an Asonaba the response is "Yaa Oforina" or "Yaa Asonaa".

Here are some of the major Stools occupied by the Asona family: