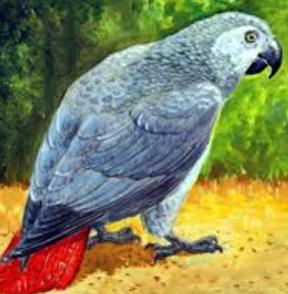 The Agona Abusua or Family (Fantse- Eguanafo) is classified as a brother to the Bretuo family.  According to Rattray, these two families both lived together at Ahensan in Adanse and as a result of  expansion, some members left to settle at a place they later called Denkyera, in so doing they changed their family and became the Agona family.

According to oral tradition, these people were very powerful in terms of statesmanship and governance. With the help of their first King Nana Boa Amponsem I, they founded the first Akan Empire, Denkyira.  The Empire controlled the whole of the Akan states and also had a direct access to the coast and were also the middlemen to the white traders at the coast.

The Agona family members are by nature very good businessmen because it is said that their ancestors had always controlled the gold and kola trade before arriving at Adanse. From Denkyera two brothers who were hunters left with their families to seek for a new settlement. One of the families found themselves at Nsaabaa and the other at Tafo in Kwaaman (later Kumase). Much is not known of the family that arrived at Nsaabaa. Those who settled at Tafo became the first settlers of modern Kumase.  Nana Oti Akenten's hunter who discovered Kwaaman actually on behalf of his chief bought the first piece of land for settlement from Agonaba Nana Adwoa Nkraa Awere. She and her people were living around the present location of the SAT building in Kumase and they were those who gave the name "Subin" to that small stream in Kumase. The river was small but very close to them and they used to say "nsuo yi ben" meaning the river is very close. This later change to become "Suben" and eventually "Subin".

Because the Agona's were the first settlers in Kumase the chief of Tafo still controls a large portion of the land in Kumase. After Kumase was burnt down it was the Tafohene who offered a piece of land for the new palace at Manhyia.

The patriarch of the agona family is Nana Boa Amposem l of Denkyera.

Their totem is the parrot and their symbolic quality is eloquence and perfect management.

If an Agona greets you their response is "Yaa Adome" or "Yaa Otwidamâ".

Here are some of the major Akan Stools that are occupied by members of the Agona family: